COngratulations To Our 2021 Pine Tree champions

Marla Zitelman/Brett Morse-Karzen also won their first-ever Pine Tree championship in the Masters Division with a thrilling 4-6, 6-4, 11-9 victory over the brother/sister duo of Nicki Livingston and Tom Derouin.

In the Grand Masters event, the team of Leslie Gale and Bryan Biever won their second consecutive title with a 6-2, 6-2 win over Danielle Niska and Chris Combs. 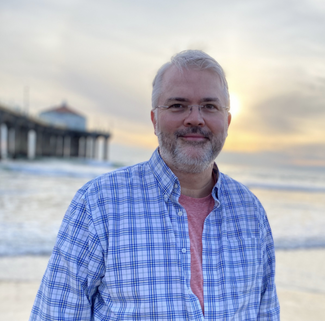 It was with mixed emotions that we celebrated Jason Albrecht as the 2021 inductee into the Pine Tree Hall of Fame. Sadly, Jason passed away on November 2, 2020, after a long battle with cancer. The award was accepted by his wife, Carla, and his children Erika, Nicklas and Anneka at the 2021 Appreciation Party on August 6.

Jason’s story is an amazing one and he has a unique connection to Pine Tree. As a 7-year old, Jason was the first person known to be diagnosed with the rare and aggressive children’s cancer, Pleuropulmonary Blastoma (PPB). He endured years of major surgeries, chemo, and radiation at Children’s Minnesota – all the while reaching out to other children and families struggling with difficult diagnoses and treatments and bonding with his caregivers. Those years shaped him indelibly to bring compassion, imagination, and innovation to patients, families, and medical professionals alike in his chosen career in the world of pediatric hospital healthcare. Sadly, enduring many lifesaving measures years ago also took a toll on his body that could ultimately not be surmounted.

With his close connection to the PPB registry and passion for making a difference, Jason was a long time volunteer for the Pine Tree Apple Tennis Classic, taking on a variety of roles over the years. He and his wife Carla worked the food tent, led the Volunteer Committee, and organized crafts and games for patient families over the tournament weekend. Jason was also a major contributor to the formation of the Pine Tree Apple Classic Fund, the 501(c)(3) that now runs the Pine Tree Apple Tennis Classic each year. Jason was Secretary on the Board up until his passing. He was passionate about our research efforts specific to PPB and DICER1 and spoke many times at the Player/Sponsor Appreciation Party about his personal experience and importance of this research.

We thank Jason’s family for their years of service to Pine Tree and unwavering support of Jason’s involvement. His legacy will forever be associated with this great event and research and I know he is smiling down on us as we continue our fight. Jason will be dearly missed by our entire Pine Tree family. 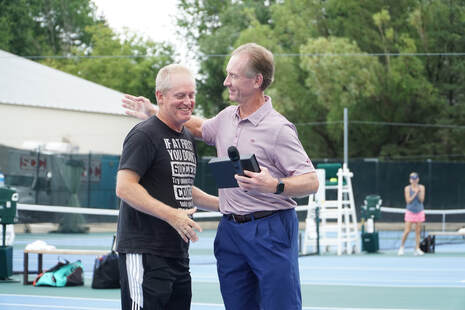 Congratulations to Bruce Gullikson, who received the 2021 Pine Tree Apple Tennis Classic Sportsmanship Award. Playing in his 31st Pine Tree tournament in 2021, Gullikson has been a long-time tournament promoter in helping find players and encouraging his clients at Life Time Bloomington South to donate and attend the tournament. Gullikson has raised almost $7,500 so far in 2021.

This has been a big year for Gullikson as he recently became a USPTA Master Profession, and he will be inducted in the USTA Northern Hall of Fame in October.     ​
Support Us